I’ve had the yips. I have been over a 2 foot putt and I’ve genuinely had ZERO confidence that I was going to hole it. My problems went deep and I had to overhaul many aspects of my game from my psychological approach to my technique and equipment.

Something I really struggled with was my alignment. I grew up playing bentgrass greens, and moving to playing on mostly bermuda grass messed with my head. I just couldn’t work out where the ball was going and the grain would give me nightmares. On faster greens, it made me double edgy. The 2 footers looked like 10 footers.

A friend of mine, Steve, saw what was going on and told me to change my putter. He’s a huge fan of mallets and fang shaped putters.

The best putter for alignment can come in different shapes and sizes and needs to work for YOU. I tried a few to get me back on track and now I feel like I can putt with confidence again - bouncing between alignment centric putters and old blades depending on confidence levels.

To blade or not to blade

I have a buddy who has a putter collection like Arnold Palmer. Every time we played, he would have a new one in the bag or would be talking about which new stick he was going to buy. He had issues. What surprised me was that most of the putters he had were very similar blade models.

But it seemed pretty clear to me that my friend needed something which was suited to him, not an ego club which cost $$$. Bladed putters look great but can be difficult to master. There are many options out there which are designed to make your stroke more consistent, with countless features like perimeter weighting and face inserts. Try a few and see which feels right. 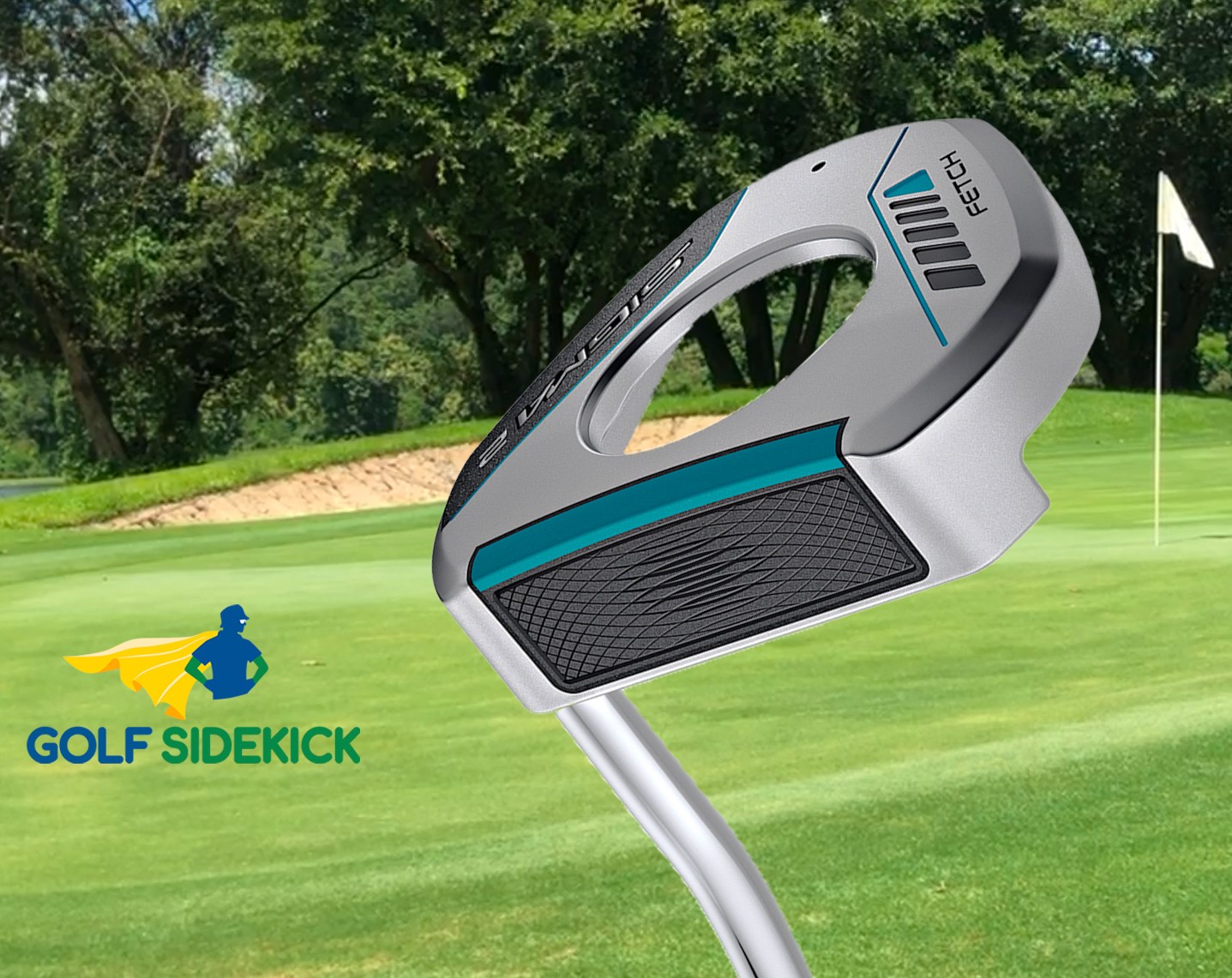 Great looks and handy fetch system, ideal for those with a bad back

I’m a recent convert to Ping equipment and this putter has been close to going into my bag for a while. The mallet head design features perimeter weighting which helps me square the clubface at impact, and the double track lines make it really easy to line up the whole ball to the target.

The fetch system is a standout feature as it saves your back from reaching down to pick up the ball. It’s a small thing to some but MASSIVE for those with a bad back. 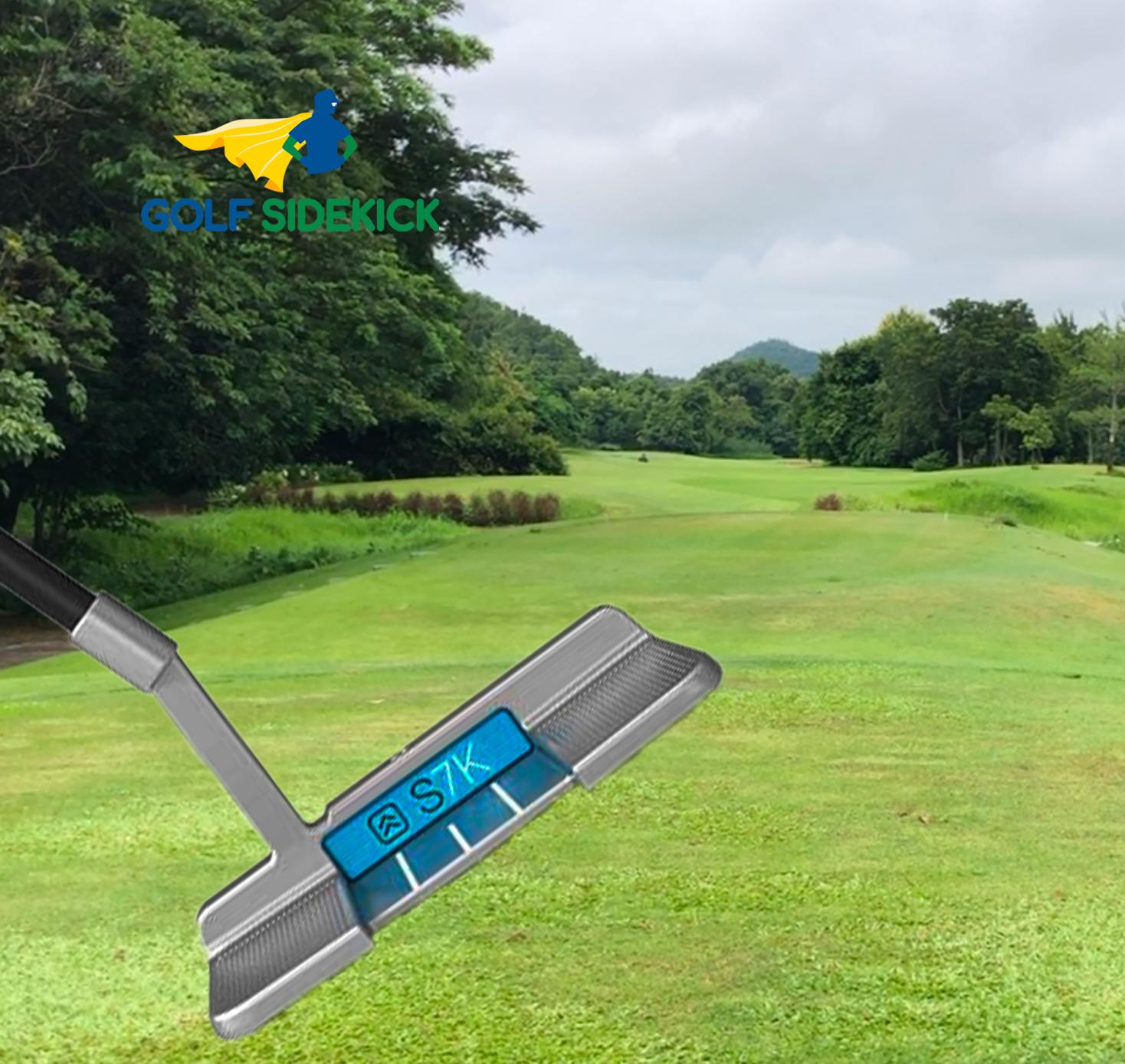 It’s not a gimmick, it really works!

Ok I’ll be honest, when I saw this out on the course I thought it was a total gimmick. A guy in the group in front of me was using it and on the par 3’s I couldn’t take my eyes off it while waiting for the green to clear. Does it really help? The answer is a massive YES!
The putter will stay standing on anything but a severe slope. It has a really soft grip fitted as standard which some won’t like, but it really helps with getting used to the weight of this putter, which for obvious reasons is above average.

I found this to be one of the best putters for alignment as I could set the club behind the ball, step back and then check my read. If it was correct, I just step up to the ball, make a stroke and BAM into the hole! (sometimes…) 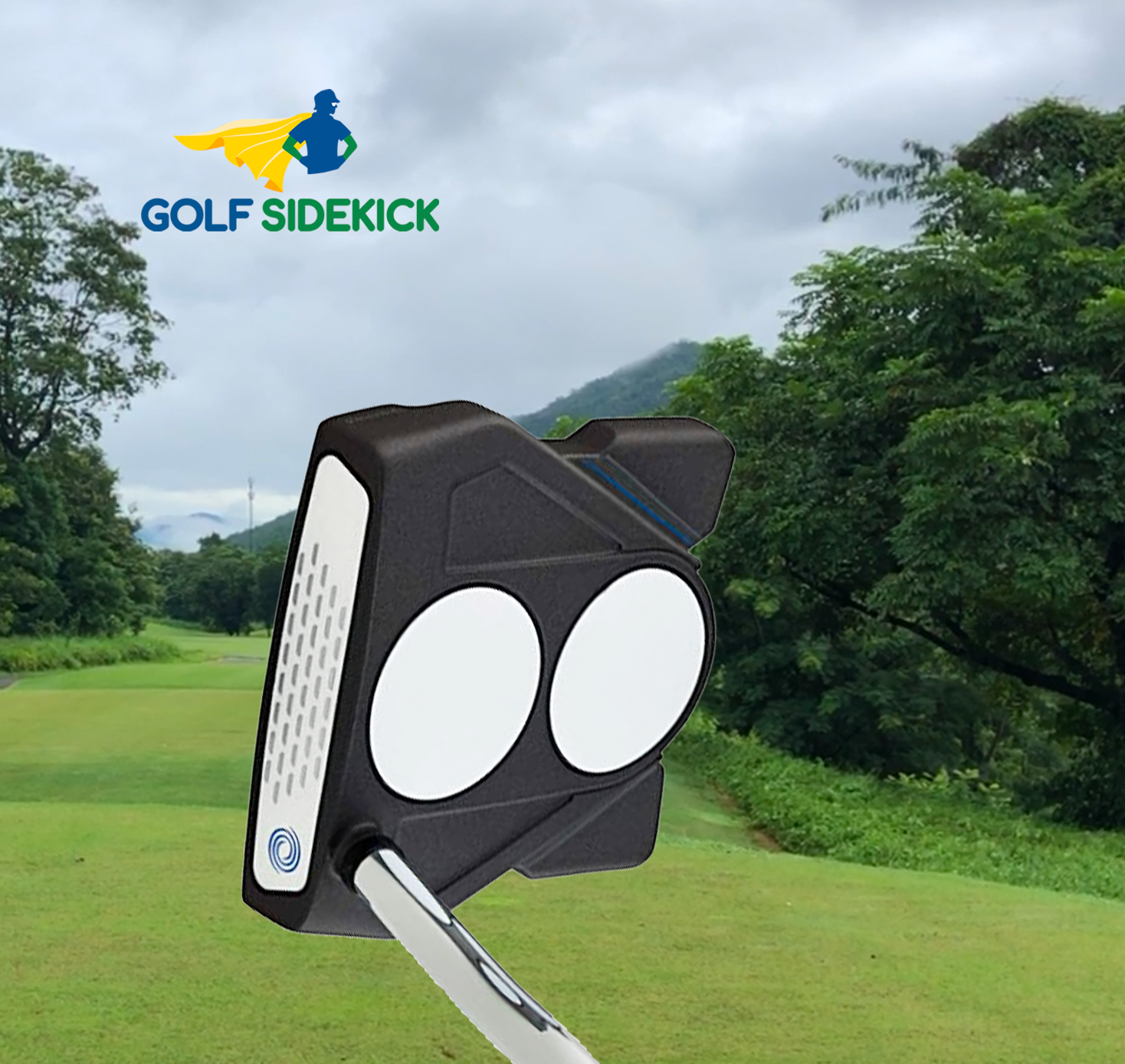 Align the ball with ease thanks to the Triple Track

I am a huge fan of the Odyssey two ball design and it’s the putter that got me out over the yips. This latest version also features the Triple Track alignment aid which I find to be very useful for framing the ball. I recently bought a ball marker which allows me to put the triple track lines on my rock of choice, meaning I don’t always have to use a Callaway ball - genius.

The black finish on this putter looks delicious and the face insert makes the ball come off beautifully. The stock grip felt really good in my hands and I didn’t feel the need to grip too hard. This putter is hard to beat! 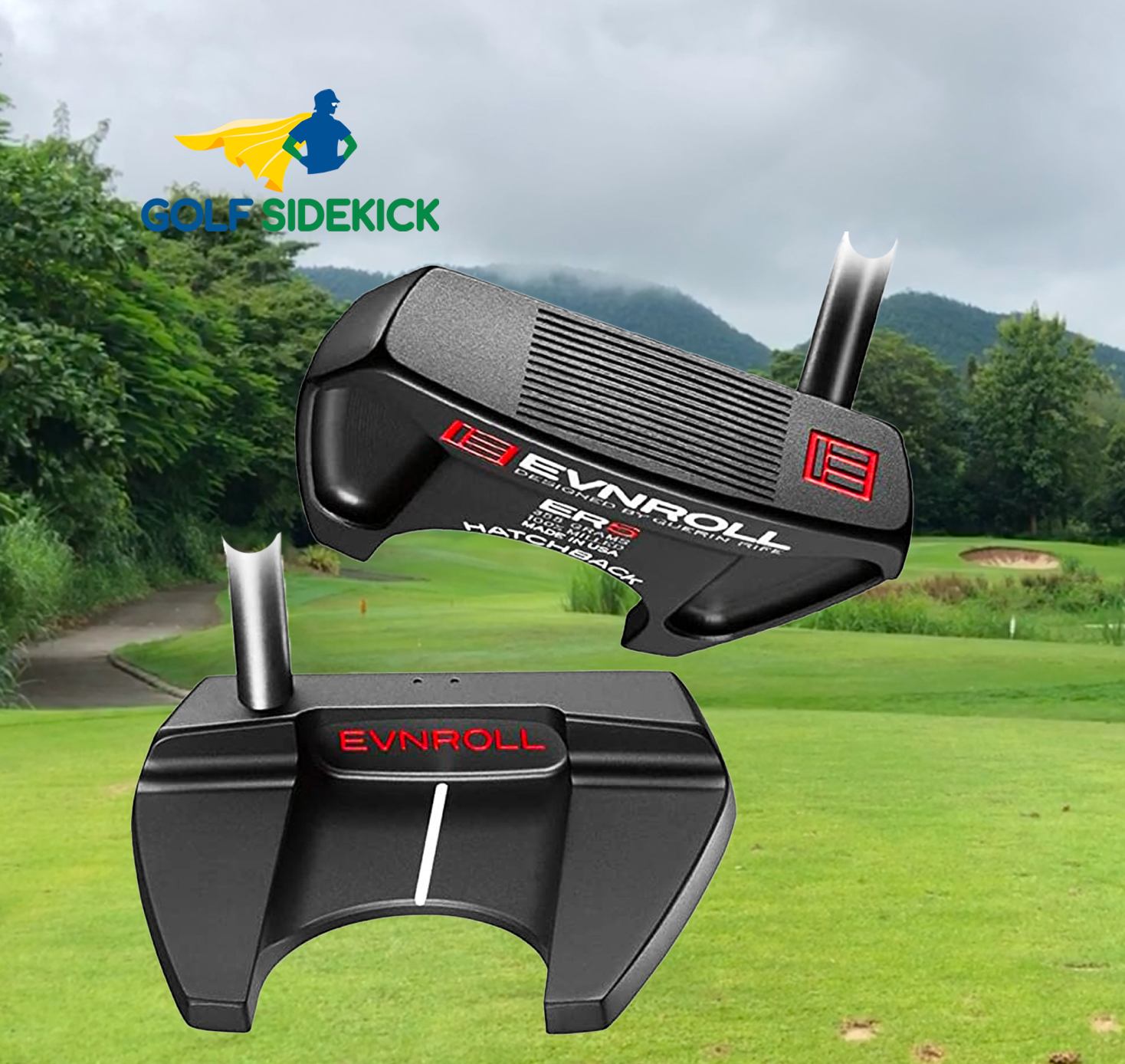 The pro at my local course has one of these and I have to say it’s turned my head. I’ve been gaming an Evnroll for a season or two and I was intrigued to see how the arm lock shaft and grip would affect my stroke.

The Evnroll Midlock has a patented grip which is designed to make it feel like you have a normal putter in your hands. I didn’t find it too strange after a few putts and I have to say that it is super stable. The Sweet Face technology is designed to reduce your misshits and the narrow grooves on the face get the ball rolling forward far more consistently than other putters I have gamed.

When it comes to alignment, this putter has two clear white lines to frame the ball and a small white dot to make sure you’re aiming dead centre. The black finish looks really sleek and makes your ball of choice stand out and look high at address.

The model even has a hole in the bottom to help you pick up your ball. In all it’s a very impressive package and this is reflected in the price. 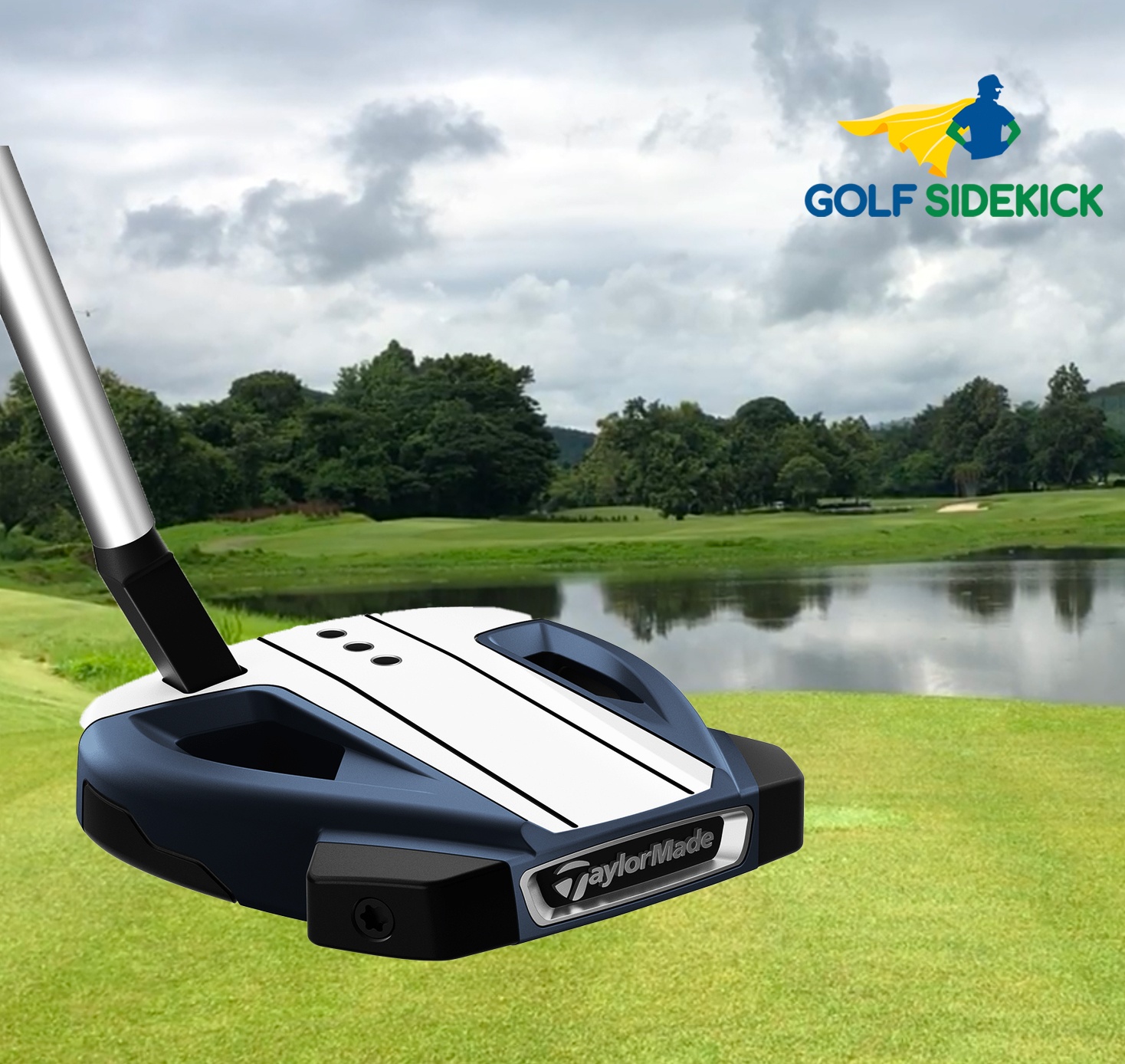 There’s a number of reasons the TaylorMade Spider EX is so popular on tour. They look great, and they have a reputation of being really stable and forgiving, things that even the best players in the world want from their short stick.

The Spider EX is the compact model in the Spider range and this short slanted version gives you a great amount of feel through the putting stroke. The face on these putters is a little shallower than other brands and I find it makes you really focus on your putts, ensuring the ball comes off the face as smoothly as possible.

The high MOI design means that off centre strikes still perform really well and I really like the clean alignment aids on the top of the head. 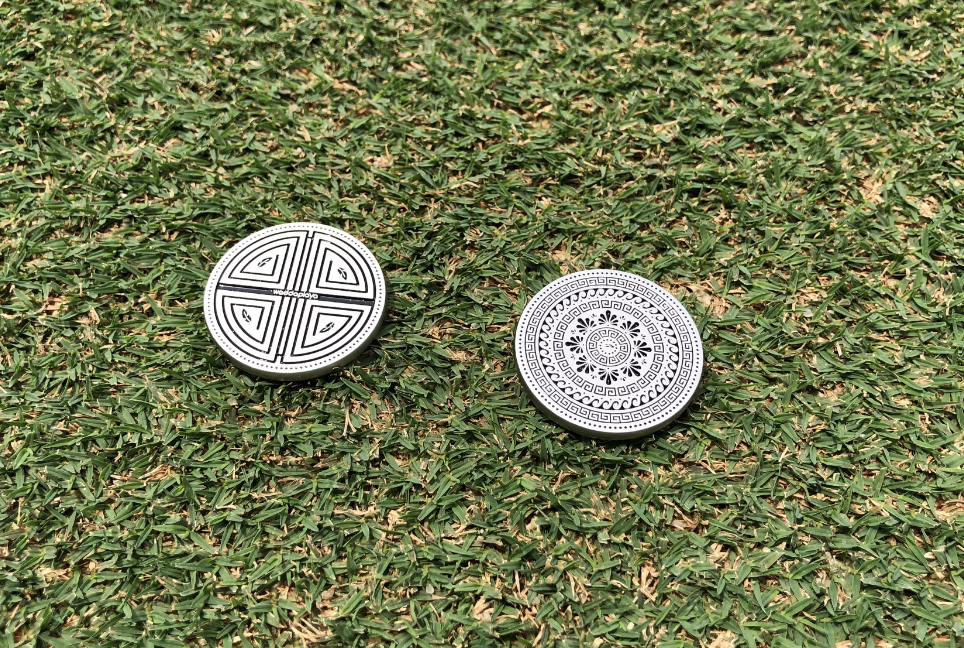 I’m biased as I designed this alignment marker, but I truly believe it is one of the best golf products on the market. I like taking time over reading my putts, but I don’t want to hold up play. This marker means I can make a preliminary gut based read when I mark my ball, leaving me to make a minor adjustment when it’s my turn to play.

It’s a beautiful size and weight and the detailing is mesmerising. If you don’t want to change your putter, consider this as the next best thing to enhance your putting game.

Check it out at Waddaplaya