Titleist have never been known for the most forgiving irons in the world but after their recent AP1, AP2 and AP3 irons, they moved into the everyday golfer market instead of being the niche for advanced players.

The T-range consists of T100, T200 and T300 which is in reverse order of forgiveness. The T300 are the game improvement irons for players who need maximum forgiveness and the T200 range is for the slightly more consistent player looking for some forgiveness but without the big clubhead.

The White Fox on my channel jams Titleist irons and has for the last 4 years. He's never going back.

In both these clubs you'll find forgiveness but it just depends on your skill level. The T300 mainly for high handicappers while the T200 is mainly for mid to lower handicappers. The AP1 is the prior model of the Titleist range which was also loaded with forgiveness if you can find a set.

It's probably one of the most forgiving Titleist irons ever. 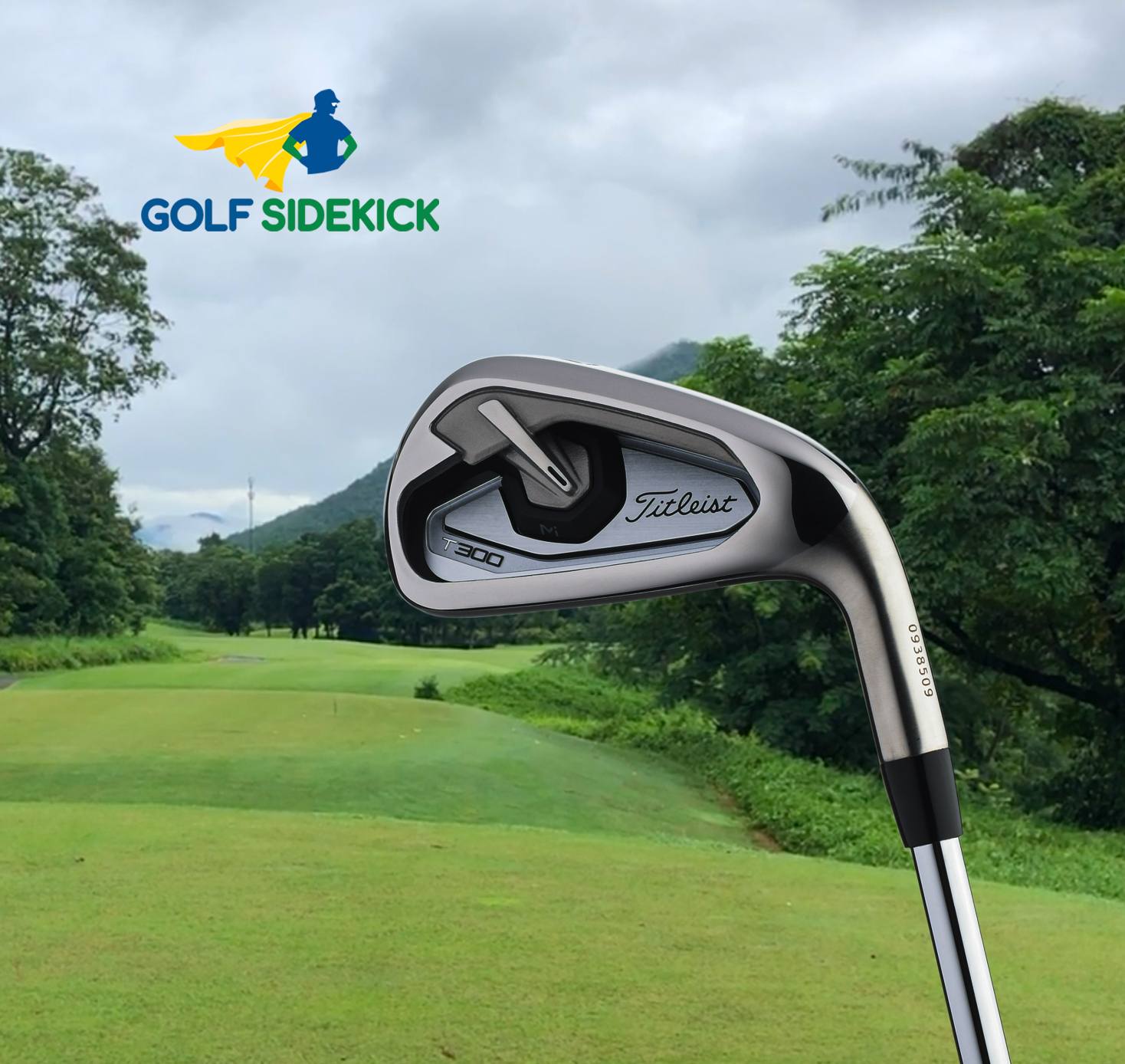 Most forgiving in the range

The forgiveness of the T300 is something most people will not associate with Titleist. Due to Max Impact design and stronger lofts, distances on the same as a lot of new game improvement irons.  Any mid to high handicapper would be happy to game these without fear of pain in the fingers and hard impact.

What does that mean? Well it means if the loft numbers are lower for the same club, then you'll hit it further.

T300 is a mid-low spinning iron. Of course this can mean sometimes it is harder to hold a green but when we're talking forgiveness, we have to make some sacrifices. So if you can roll the ball up or have big enough greens, the lower spin shouldn't concern you much. The big advantage of lower spin means that you'll A) hit it further and B) have less dispersion left and right!

Titleist made a silicone-polymer core and put it behind the face so they could make the face thinner, so the ball pops off the face instead of feeling like it mushes into the face like on forged clubs. That means higher balls speeds and more distance.

The prior model which this one replaces, the AP1 was a hollow body construction but Titleist have used a genuine cavity back in the irons this time. As I always say on this website throughout, cavity backs are always the most forgiving.

The irons have a wide sole and large face so you have plenty of margin for error. The club prevents digging and also keeps mis-hits online, as well as reducing the losses of distance.

The top line at address when you look down at the club, you notice the T300 is much thicker than the T200 model, but the length of the clubface is about the same. A bit unexpected is that the T300 seems to have less offset than the T200.

Most forgiving for lower handicappers

In the T200 irons, you get a game improvement iron that looks more classic and as the successor to the AP3, is starting to look closer to a players iron, but not quite.

What you'll notice between the T100 which is the pro level club, and the T200 is the offset and that definitely defines it more toward the game improvement. Offset is used to prevent the slice and fades.

Where the T200 is just a little in a class of its own is that it really doesn't look clunky and chunky at address. When you look down at the club, it's got a thick top line but it's not chunky and it when in the bag, they look really slick.

Another aspect of the club that defines it in the more forgiving section, but for lower to lower-mid handicaps is the loft. Basically, the 9 iron in this set is the same loft as the 8 iron in the more advanced player iron, the T100.

The point is, they may look and appear as advanced players irons, but these are very much forgiving Titleist irons. But having them in your bag would look good and perform well whether you're trying to break 90 or you're on the cusp of breaking 80.

Why fight your equipment by going for the player iron if you can get super performance form an iron like the T200? It has an appearance that better players will like and performs in ways that help you maximize distance and forgiveness.

The T200 (unlike the T300 which has a cast head) has a forged face which wraps around a portion of the sole to create more rebound. They put 90g of Tungsten in both the toe and the heel of the club to stabilize the head at impact for solid strikes.

Titleist made a silicone-polymer core and put it behind the face of this club, similarly to the T300, so they could make the face thinner, and increase speeds on the face while the forged face gives you a slightly softer impact feeling. That means higher balls speeds and more distance.

it all depends on your priorities. If I were looking to get from an 18 handicapper or more, so let's say shooting over 90 every round, I'd go T300. If I were a golfer shooting under 90 every now and then and wanted to start moving toward the low 80's and the 70's I would try the T200.