Most Forgiving Ping Irons in Golf

Ping don’t get into the same flashy advertising battles as some of the other major golf manufacturers. Their irons are found in the bags of Tony Finau, Bubba and Louis Oosthuizen, and these guys often go years without changing clubs.

So what's the big secret, and what are the most forgiving Ping irons? Let’s take a look at what they have on offer to try and solve these burning questions. Genevieve Ling uses Ping irons.

Before we look at the specific irons which Ping offer, it’s worth going over Ping’s unique dot system. You may have noticed that on all Ping irons, there is a little colored dot somewhere on the head. This dot is used to identify the lie angle of the club and with 10 possible colors/angles, it’s worth getting the right one for you.

A professional club fitter will be able to fit you into the correct color easily, but if you’re buying off the rack, the chart should give you a good indication of which color is best suited to you. 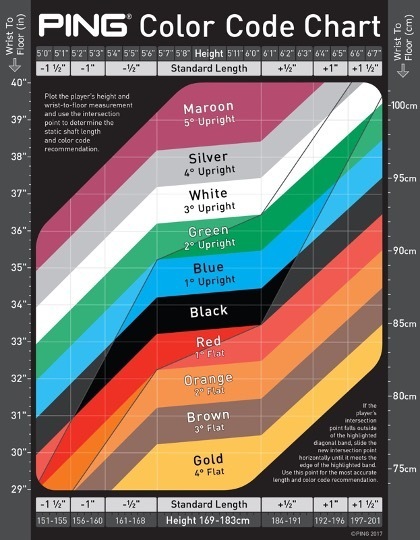 Which PING irons are right for you?

If you shoot in the 100’s or 90’s, you are probably looking for a club which will get the ball in the air quickly and maximise your distance. Ping offers a range of clubs which could be suitable for this type of player each with subtle differences.

But like all golf clubs, how they look and feel is just as important as the tech which is built in. You have to look down at your clubs and LOVE them. If you don’t, you need to think about why and reassess your tools. With this in mind, you might find that the most forgiving Ping iron for YOU is a blade. It probably won’t be but it could be.

Most Forgiving Ping Irons in Golf 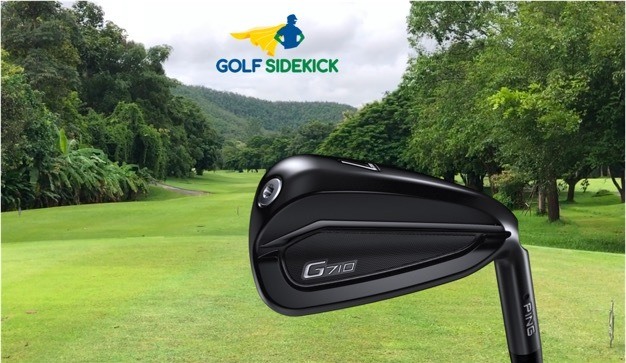 When PIng released the G700 in 2018, it was part of a wider hollow body revolution taking place across the iron space. Ping has sometimes lagged behind their competitors when it comes to the looks of their game improvement models, but that is no longer the case.

The Ping G710’s are not only the most forgiving Ping irons, they are also some of the best looking clubs on the market.

Loft options for all level of player

The G710 irons are available in two loft options - standard and Power Spec. A standard loft 7 iron comes in at 29.5 degrees whereas the Power Spec is a beefy 28 degrees. Traditionalists will probably opt for the standard option, but those with higher swing speeds should probably consider the lower lofts as an option.

Loft “jacking” has been common practice for OEMs for some time now as they seek to attract buyers with promises of extra distance.

Game improvement models often launch the ball higher with in-built tech, and higher swing speed players could lose some distance with higher lofts due to higher spin rates. As always, get a fitter to look at your needs to be sure you’re getting the best product for you. 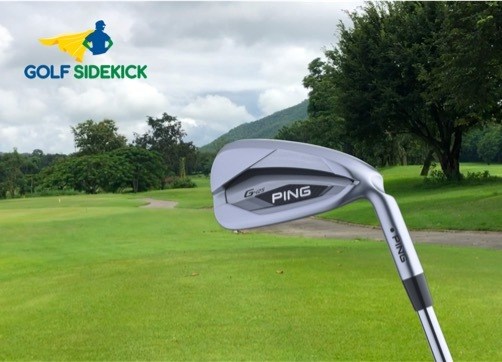 This latest iteration of Ping’s famous G series all rounder iron delivers on all fronts. The styling has been toned down from the red of the G410’s and the blade is slightly smaller giving the clubs a more premium feel overall.

Centre strikes feel beyond solid and heel/toe hits are compensated for by the perimeter weighting across the face. These irons still have the signature “Ping” sound but it is not as pronounced as the gunshot which the G710’s produce. As will all Ping G series irons, these have a decent amount of offset, but a thin topline doesn’t make this too distracting at address.

Arrcos premium shot tracking sensors are embedded in the grips which is a great feature for the stat focused player. Knowing your club distances is more likely to improve your game than many other things you do, so download the tracking app and get to know your game intimately.

Ping has resisted the temptation to jack the lofts in these irons, leaving that to the beastly G710 model. This places the G425 firmly as a frontrunner for the most forgiving Ping iron which will appeal to the widest range of players.

For golfers who want a higher ball flight with blade styling 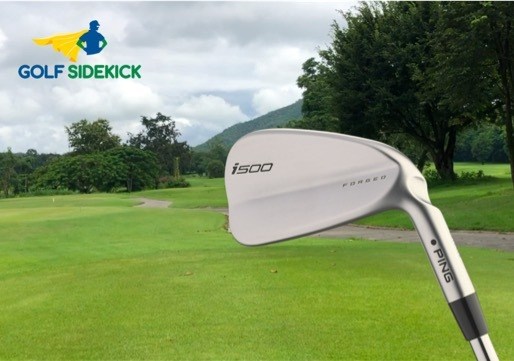 The i500 Ping irons are simply some of the best looking blades out there. But wait a minute, this is meant to be about finding the most forgiving Ping irons, not butter knives for ego maniacs! While the i500 irons look like a blade, they are actually hollow.

This hollow body tech makes these irons some of the most innovative on the market and they are quickly gaining legendary status. The face is constructed from C300 maraging steel which is bendier than a gymnast, allowing the ball to be propelled at impressive speeds and launch angles.

The club head isn’t too small, but the lack of offset will make these desirable for players who want blade looks but with serious power.

The i210 is Ping’s “crossover” model, aimed at the better player while providing high levels of forgiveness.

The head is noticeably smaller than those in the G series models and there is little offset. At address these have Mizuno levels of appeal and the HydroPearl finish always looks delicious.

There is an elastomer insert in the cavity back which provides a lot of forgiveness for off centre hits. This was a feature in the older i200 but has been beefed up following feedback from players.

These clubs are far more workable than the G series irons and should be considered by players on the way down from a mid to low handicap.

Ping has turned from best kept secret to major player in recent years. They offer a great range of products for all players. Ping irons also hold their value really well over time so they make a great investment whether you are buying new or used.

The winner for me here are the hollow bodied models when it comes to forgiveness with the G710 edging it over the i500 due to the black finish. Overall the G4 series is probably the best value option, with the i210 offering the best of all without really shining.