With their constant release of new golf clubs, it's easy to get yourself a nice deal on some very forgiving irons to bring that handicap down to the low teens. Wouldn't that be nice going back to your teens?

Along with Callaway, Taylormade are one of the most popular choices for forgiving irons. Let's have a look at the irons aimed at you so here are the best Taylormade irons for high handicap golfers.

What makes Taylormade irons so forgiving?

Check out my guide on Callaway irons too.

For straighter shots and more distance 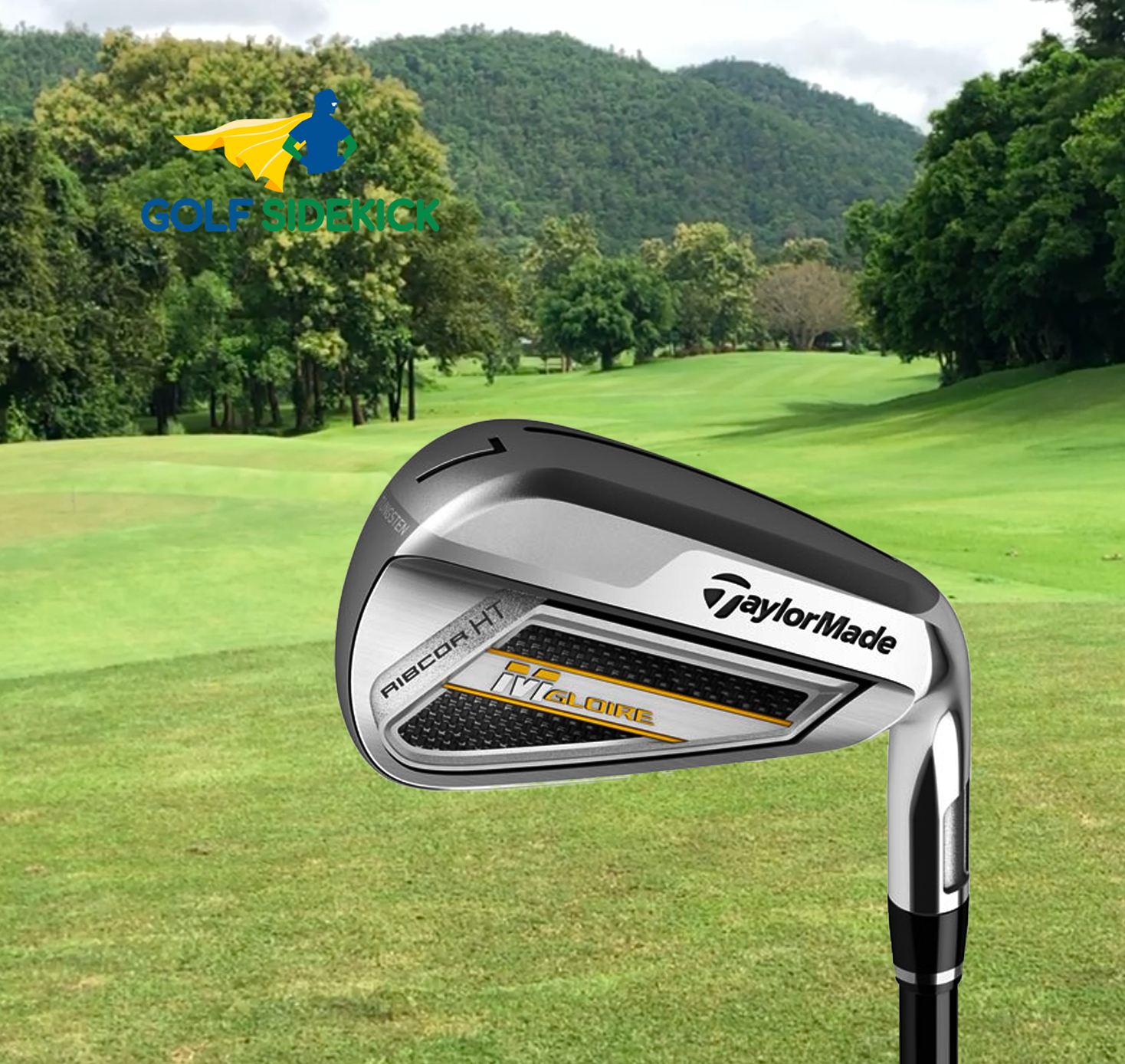 The Gloire series was specifically designed for the upper end Asian markets since 2012.

They are designed specifically for speed and forgiveness. The shaft is light and the heads are created with the RIBCOR HT technology in a large head that creates massive rebound effect so your ball pops off the face, flying higher and further.

The lofts are strong with a 6 iron having 24° of loft which is a traditional 4 or 5 iron, while the SW is 53° which is a generally a gap wedge loft. Taylormade creates them with this lower loft so that you get more distance but the way the club is designed, is to elevate and get the ball airborne easily, despite the lower lofts.

So a 7 iron with low loft but with the technology form Taylormade, will fly as high as a faster swing speed hitting a 7 iron with more loft. 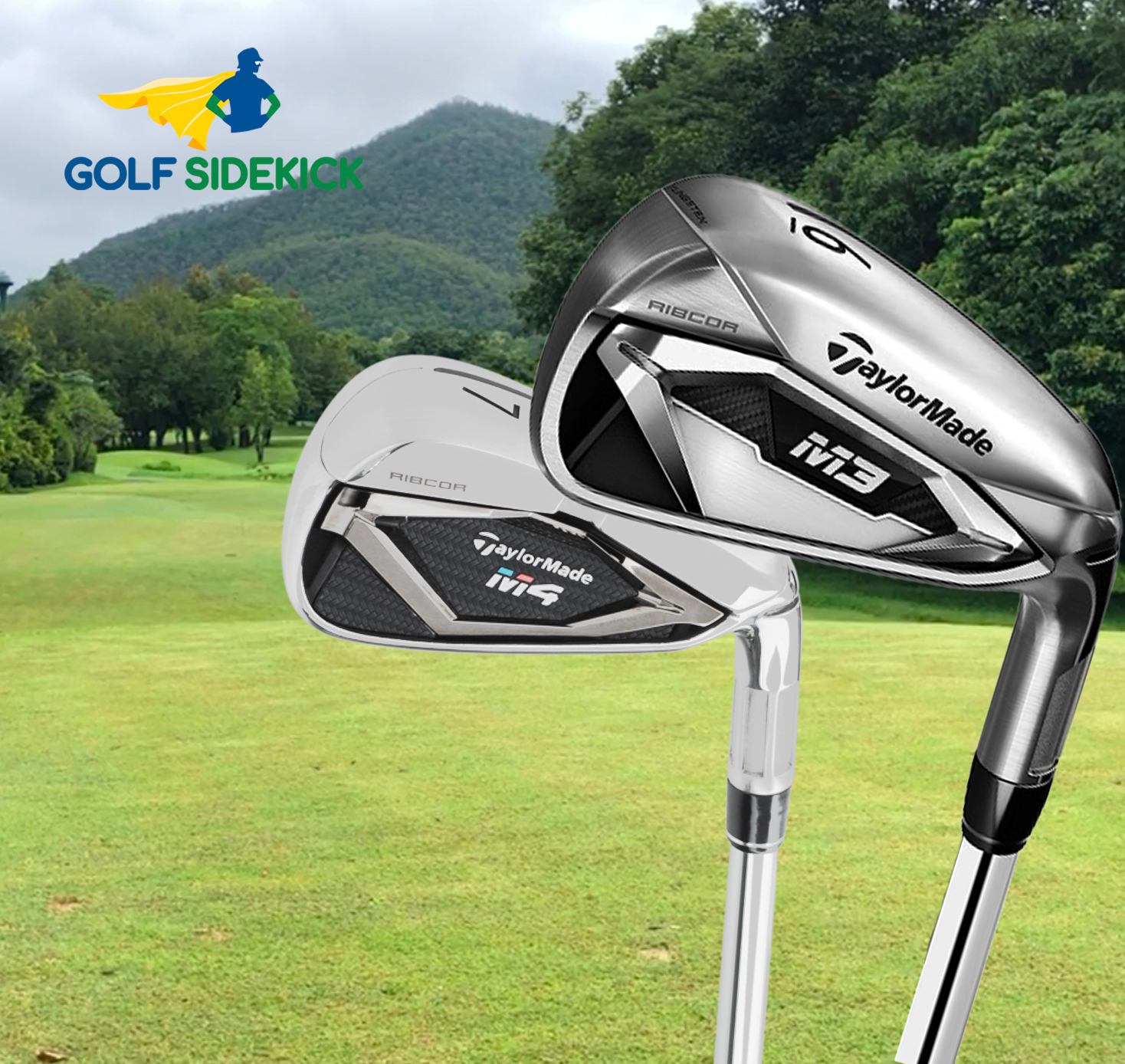 Old model that works and looks good - like Cindy Crawford

This is the ultimate Super Game Improvement iron. They’ve got the hollow Speed Pocket behind the face to allow the face to flex and give you more distance anywhere you hit it on the face - the iron reacts like a fairway wood when striking the ball!

The sweet spot extends almost the entire groove area and since the club head is one of the biggest around, that's a lot of sweet spot.

It's the iron set the high handicap golfer has been dreaming of. They increase shot height and hit it a looong way. The short irons get up quickly and mid irons are so forgiving, you'll think they're wedges. With their thick sole and large club face, they ensure a good result every time.

Balls launch high off the face and the wide soles help to get under the ball especially in deep rough to get it out high and handsome. The heavy perimeter weighting means you can swing it and trust the club to do the work for you. Looking down at the club behind the ball, you're filled with confidence as it

Taylormade designed the M3 and M4 iron set with forgiveness in mind. They're extremely accurate irons and with the offset hosel, cavity back design, they tick all our boxes for the most forgiving Taylormade irons especially for the price.

Good for slow swings or those playing with really old clubs 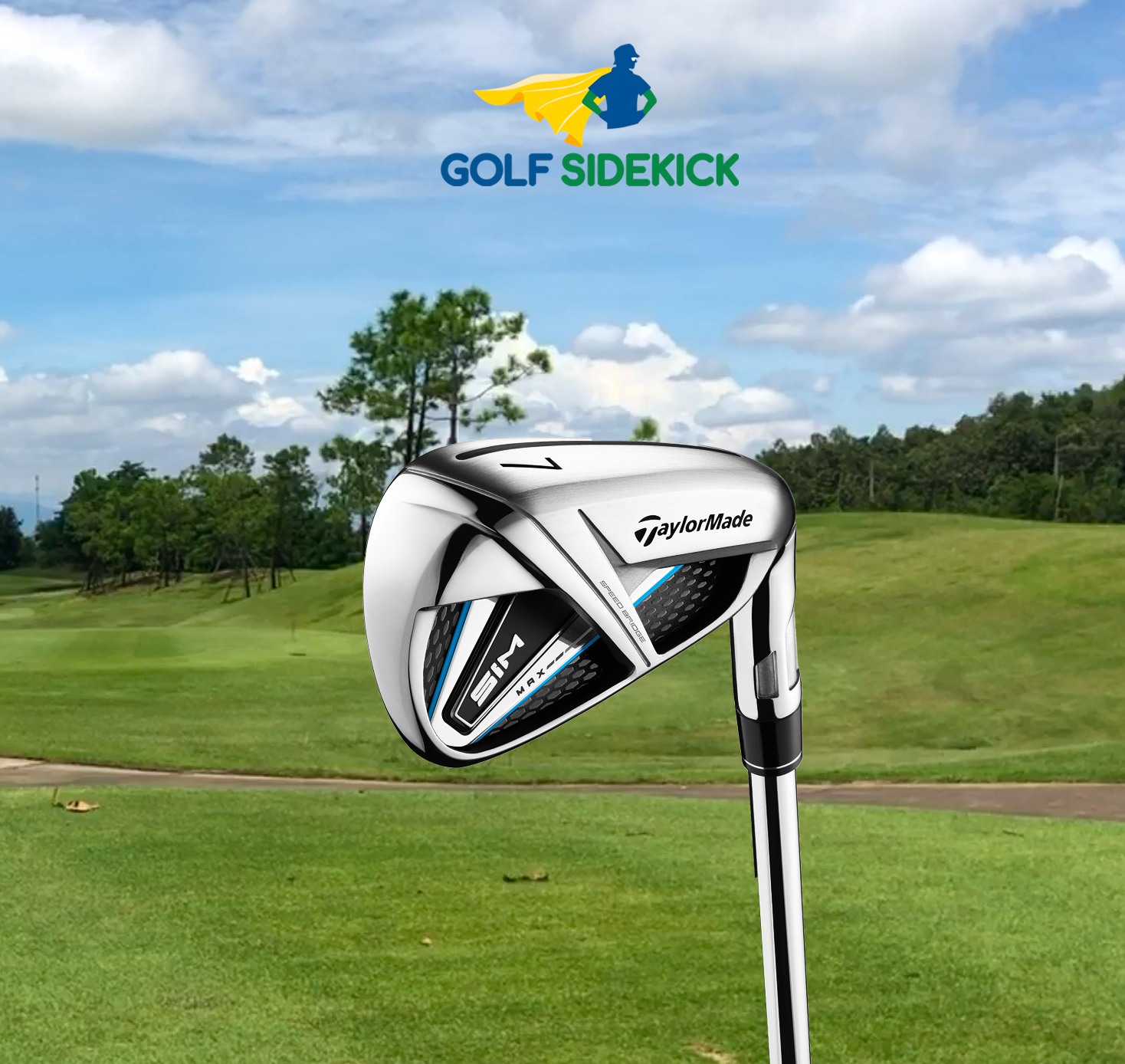 These cavity back SIM MAX look semi traditional and are a little older but play and feel excellent. Because they're older, the price is quite good and will suit high handicappers or casual players who want to upgrade to a more modern set without blowing the college tuition.

SIM Max irons will give you a big distance boost if you're tired of playing your 10 year old set of clubs. You'll see a distance boost and with that, a massive forgiveness enhancement. They make golf more fun and make you want to get out there as soon as possible.

Hitting long irons with these clubs is so easy, it feels like cheating. The club face is BIG for a juicy sweet spot. The top line of the club at address is BIG. The cavity in the back is BIG for more forgiveness. The sole is BIG to get through the turf. Even the short irons heads are BIG so you hit more greens!

All of this BIG is what makes you hit it further, straighter and with more confidence.

Good for slow swings or those playing with really old clubs 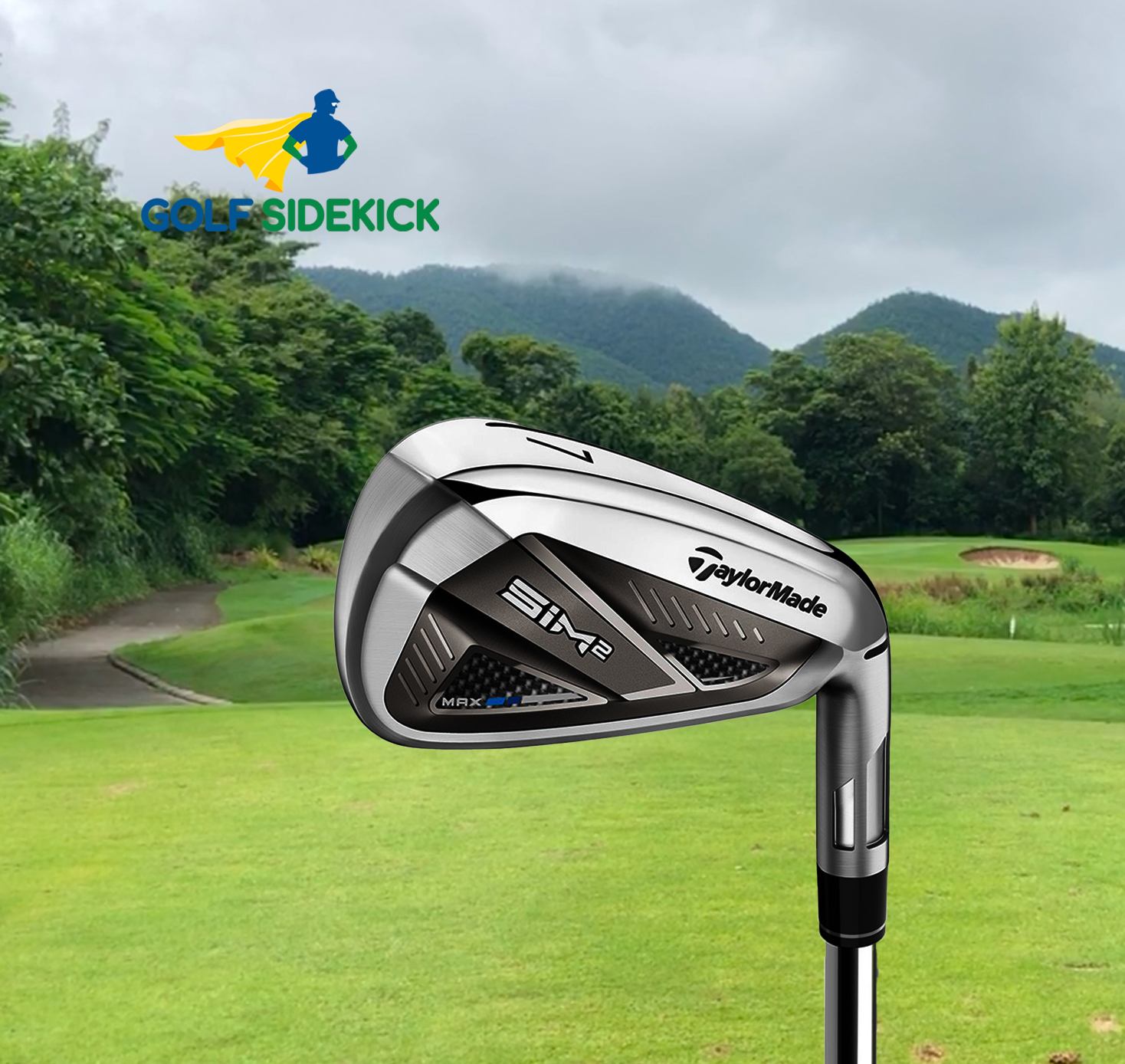 Combo sets are great for you if you struggle with long irons. Most high handicappers have the issue of trying to get the long irons into the air with some additional help.

The opposite is actually true as you need to have a descending blow on the ball. The hybrids replace the longer irons in this set and the irons have oversized heads with huge sweet spots.

It's a simple equation currently in the world of Super Game Improvement irons. Hybrids are better than long irons. Big clubheads with large sweet spots and low center of gravities, mean the ball is easier to launch and MUCH easier to hit.

Big fat soles on the bottom of the club help with the interaction of the club and the turf so they don't dig into the ground on shots where you hit the ground SLIGHTLY before the ball.

It's clear from the information above, Taylormade have focused on making distance irons that go far even on mishits. They've focused on the mid to high handicap golfer by making the clubs as forgiving as possible and forgiveness is the main priority for high handicappers.

So if you're after distance with your forgiveness, try Taylormade out or go get a fitting and order yourself the irons you like the feeling and look of after your fitting.

It's always best to get fit by a professional and be sure of what you want as a set of irons is an expensive affair and finding the right irons can mean five to ten years of joy and elation on the golf course. Nothing feels better than hitting good shots that impress your playing partners and and show you that you're making progress. Good luck and report back on your progress!