Voice Caddie SC300 Swing Caddie Review – How I use it

We're all a little skeptical about these types of products because they aren't TRACKMAN, GCQUAD or FLIGHTSCOPE! But those big setups cost $25k whereas the Voice Caddie SC300 is around $500. 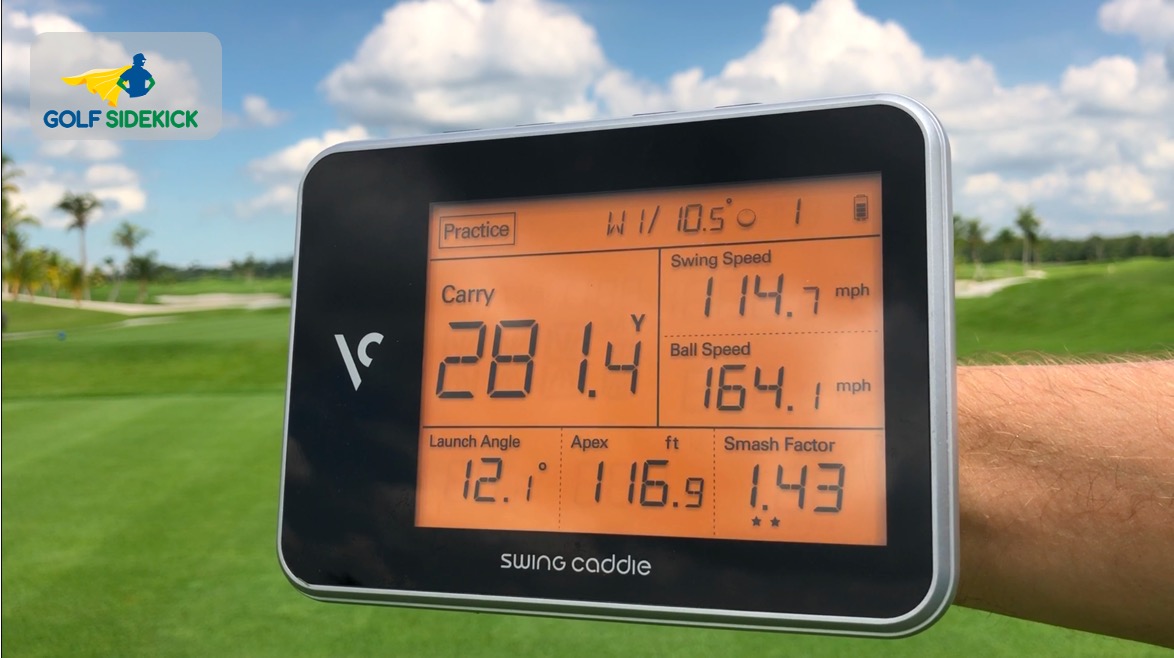 And yes, I took they skepticism to the SC300 when I started using it. But It didn't last too long because the SC300 actually does work. The SC200 is a cheaper model which works just as well.

They are displayed after every shot and the sound can be switched up on the machine to have a lady tell you out loud, how far the ball went.

BUT what do we do with the data that we can collect?

The Voice Caddie SC300 communicates and syncs with an app on your phone so you can store the info to review later. You can also use the MySwingCaddie app while you're hitting balls and it will show you an estimated ball flight and give you a 'trackman'-style display to see your numbers.

Once you have this info, it's so easy to do what I like to use it for:

Swing Speed Part 1: I like to know my swing speed on my EASY swing (105-108mph) and my HARD swing (113-117mph) on the driver. This confirms to me that the shaft I'm playing is fine and that I CAN in fact hit the driver "softly" and trust it will work.

Swing Speed part 2: I like to see how consistent I hit my partial shots inside 120 yards. This year in 2020, I'm focusing on NEVER hitting my wedges FULL. So when I want to find out how fast I am swinging the wedge in relation to distance it goes, I can groove a consistent swing for every distance inside 100 with different clubs. Brilliant stuff!

I don't care about BIG numbers. What I care about is accurate numbers for approach shots. I don't want to know my rollout distance with a 7 iron. I know my 7 iron will stop within a couple feet of the pitch mark so I need to know the CARRY distance so I can trust that the ball will clear bunkers, water and also, NOT reach the back of the green if there is trouble there.

What I usually do is separate my range time over a week or so and hit 2-3 clubs every session to really give myself a decent AVERAGE distance. I take the AVERAGE (the app will calculate this for you) and then I compare that to the MODE. The mode is the number that appears THE MOST OFTEN in a set of data.

I find with the SwingCaddie SC300, the AVERAGE is VERY accurate over a big sample of 50 shots. I use that AVERAGE as the first part of my thinking. Then I take the number in the data that appears most often, and I use that as my other part of my distance range.

I conclude that my 7 iron range is 169 - 171 yards so I will use this range on the golf course to know which club to hit. 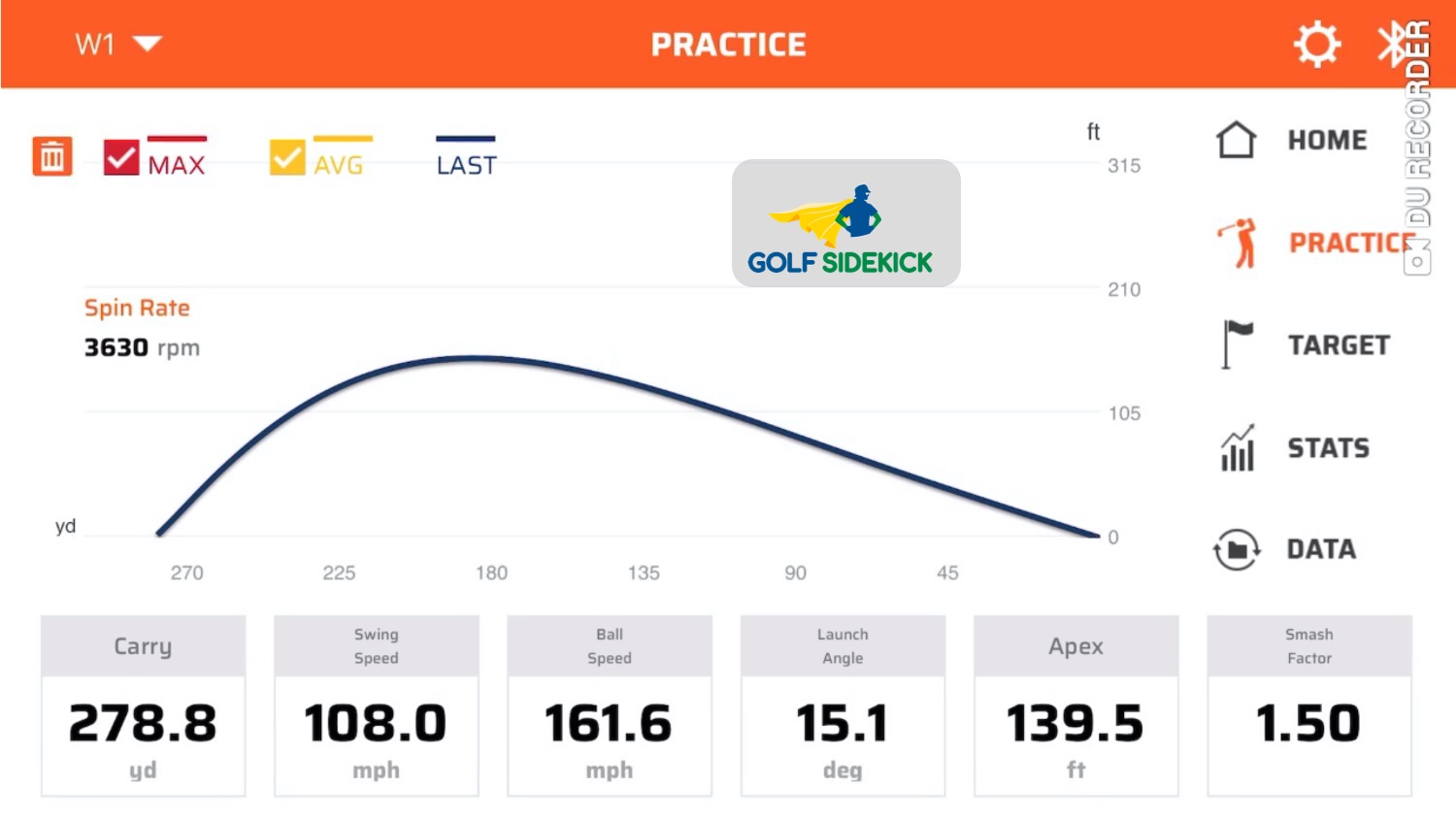 You can also use it to check your MAXIMUM HIT with a club and know that if you really have to step on a shot, it will go the distance you need. For instance, my 6 iron is my 181-186 club but when I really whack it, it will go 197-202.

I also have a shot where I put my feet about 8 inches apart and hit softer shots. I like to check how far those shots go. The less stable base means I have to swing softer, so I can check with my 9 iron, which normally goes 138-143. When I take a narrow stance, the SC300 tells me it's a 120 yard shot. That's great information to know to build an arsenal of shots.

When you're exercising for flexibility and strength, you can use the SC300 to measure if you're actually picking up speed from your efforts. I've seen how my swing speed has gone from a MAXIMUM with the driver of 109mph to 117mph in about a year and a half.

How can this information help your game?

SWING SPEED: When you compare your HARD swing to your EASY swing, you can notice the difference between the two can be very minimal. That can really show you that you don't need to step on your shots. You can swing smooth and know that you may only lose 5 yards. Better yet, you may find you PICK UP yards when you're not swinging fast!

CARRY DISTANCE: This is the NUMBER ONE factor in golf that amateurs just do not know. This was a blinding realization for Brian (B Dog) on my channel. We went to the range with the SC300 to work out his carry distances.

He was completely shocked when his distances were 10 yards shorter than he thought. He was using his TOTAL distance  (including rollout) for his shots on the course.

When you know that you can clear the hazards, bunkers, water, you can make MUCH better decisions in shot selection.

AVERAGE vs MAXIMUM DISTANCES: When I know how far I can go with a maximal strike, I can be confident when I really need a pressure smash-shot. These hard shots mean your iron shot will go longer distance but perform like a shorter iron.

For example, if I step on a 6 iron, I know I can carry it 202 yards for sure. The difference is that often, the height of the shot matches my 7 or 8 iron, so it comes in soft, with tons of back spin on a hard shot. A 5 iron that goes 202 will not come in as high as that and will release more.

Okay, so is the Swing Caddie SC300 worth the time? 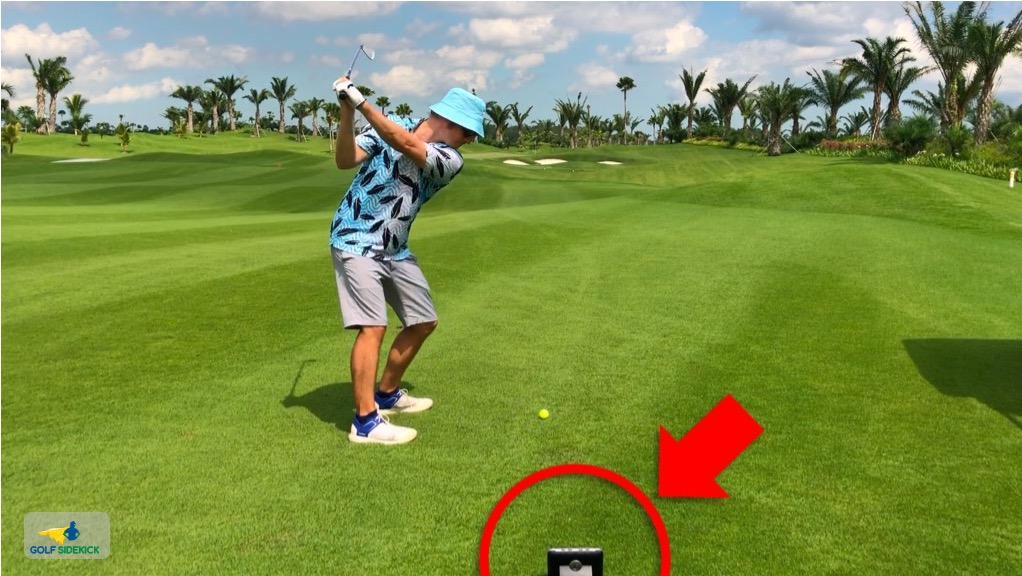 I've used it for close to a year and didn't want to recommend it until I was sure it's legit. It works brilliantly and I've used it up against a Track Man and the averages and numbers are within yards of each other. Is a Track Man 100% accurate? Who knows, but it's the market leader and costs $25k.

I've compared it to the actual real life shot on the golf course. There is often wind and uneven landing conditions out there, and the SC300 reading are within 5 yards either side of the shot. If it says 276 on the machine, it's usually between 270 and 280 on the range finder, shooting back to the tee.

For the price, it's brilliant.

This thing goes and goes and goes. I've charged it maybe 15 times in the last year. It comes with a USB cable that you can charge in any adaptor.

It doesn't come with a bag or anything, so what I did was buy a cheap $2 scuba diving suit fabric bag with a zip to keep it in. Isn't it pretty? 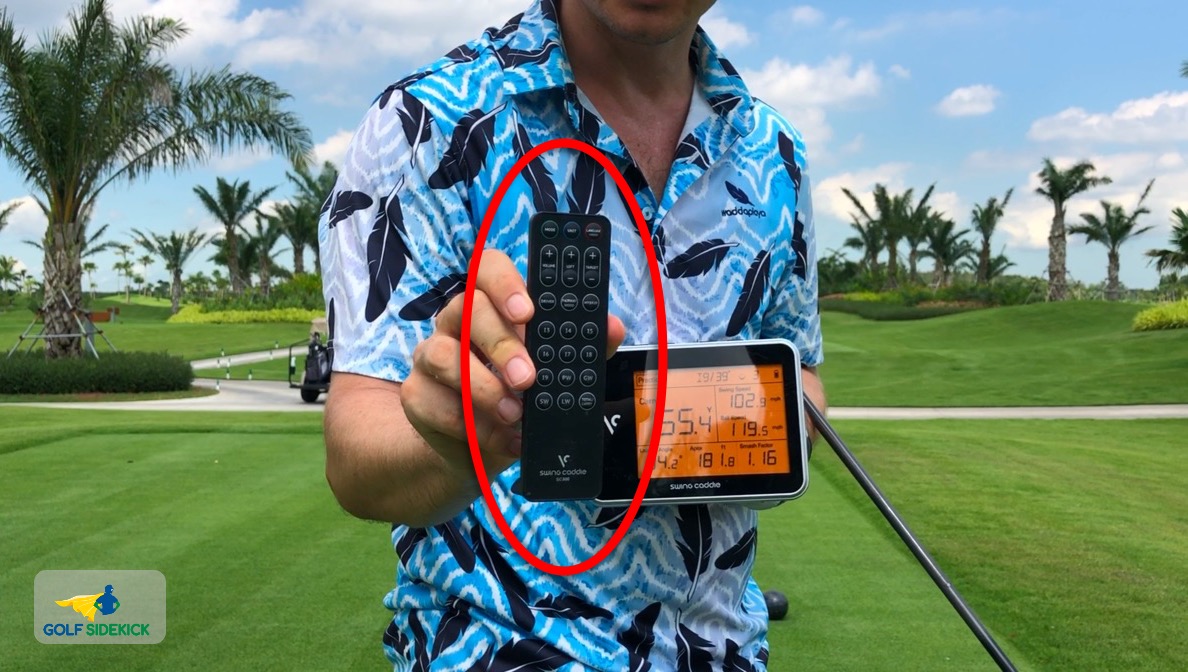 It was a super easy, well laid out slim remote to change the settings and clubs and things. It's light and you can keep it in your pocket as you play.

The greatest part is the app you can download and sync your practice data with. It stores it on the phone and you can go through it to see how you did with each club and see your averages. Brilliant.

Tips and Tricks for Using the SC300

It can be tricky when you first use the machine.

It works best when you put it about 6 or 7 feet away from the ball. You never have to put it so close that you think you'll hit it. In fact, it doesn't work when it's that close.

At the range, if you're hitting off mats, you want to have something the same height as the mats to place the model on. I often fold a towel to the height of the mat and place it behind the ball, maybe 7 or 8 feet away.

The unit works in good and dull light. I have no idea how, but it picks the ball up during evening sessions when we can no longer see the ball with our own eyes. 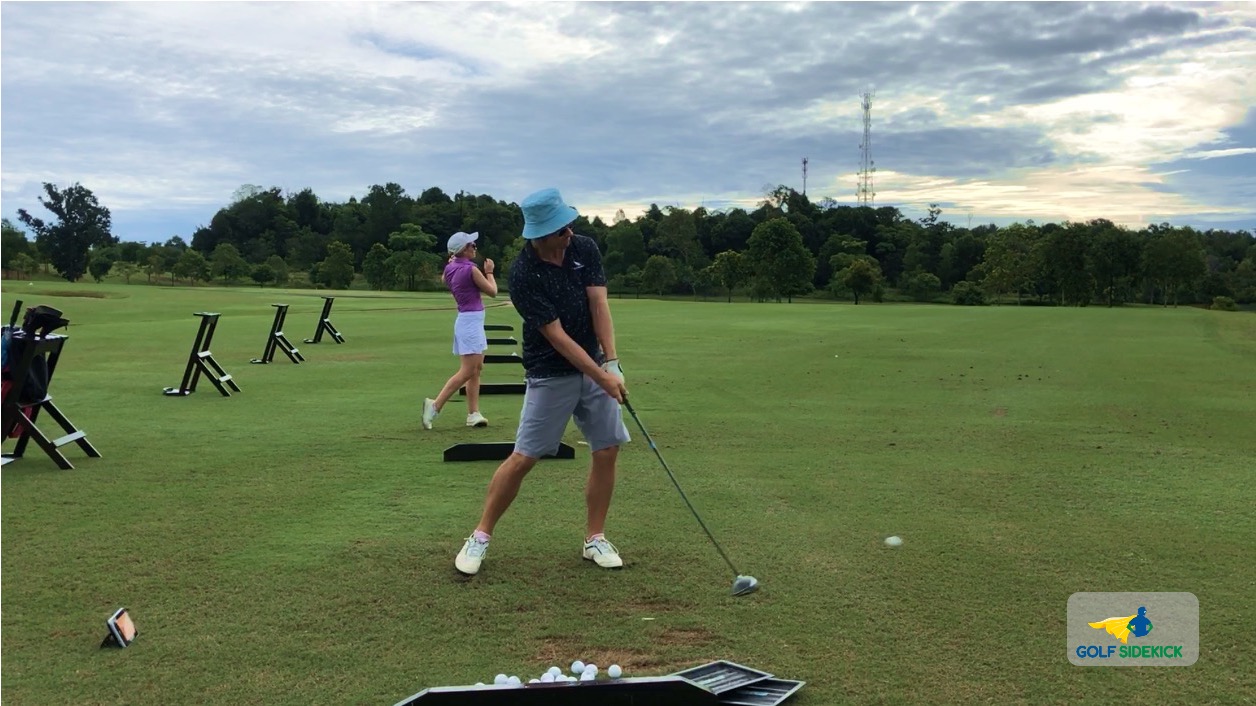 You’ve sold me on getting one, but is the SC300 worth the extra cash outlay over the 200(I’m not real clear on the differences)? I do practice at least 2-3 hours a week not counting time on course or practice green. Thanks!

I’d really like to know this too. From what I can tell the main difference is the SC300 includes a measure of launch angle. If the accuracy is similar its probably not worth the extra for me where I wouldn’t even know what to do with the launch angle numbers.

Either one will be the same playa. I always go for later models just because I know it’s latest and the difference will not be felt in 2-3 years of use. If it were thousands of dollars, I would be concerned, but it’s a small premium and I think for me, the later model is better

can this be used with a golf net